Jill and Mark migrated to the Pacific Northwest to attend college in the late 1970s, meeting at the University of Washington while studying forest birds in the Olympic Mountains. Married in 1985 in a subalpine meadow at Mount Rainier, they toured the wine regions of Italy’s Piedmont and Spain’s Rioja on bicycles for their honeymoon.

At the time Mark was exploring beer making but together they both quickly discovered that wine piqued their interests more with its intricacy engrained with nature’s unpredictability. An exploration of making wine from purchased grapes in Jill’s parent’s basement blossomed to a desire to pick their own grapes and eventually grow them.

In 1989, they bought a sheep farm on a ridge near Yamhill, Oregon that became Stag Hollow Vineyards , built an octagon-shaped home overlooking the Willamette Valley, and harvested their first grapes for winemaking in 1994.

There was great experimentation in the beginning with grape varieties, many different pinot noir clones and vineyard practices—including among the first high-density planting of pinot noir (>3000 vines/ac).  That experimentation continues today as they research and test the best grapes for climate change. What ties it all together is their steadfast  commitment to wine made with integrity as an expression of their vineyard.

Along the way, Jill studied bats in Costa Rica’s cloud forests and wolves in the Italy’s central Apennine Mountains (Abruzzo province) and built a log cabin that she lived-in in Idaho; Mark studied Wild Boar in Great Smoky Mountains National Park and the effects of fires in several western National Parks.  At the vineyard site, they raised their daughter Nyssa and many beloved pets, plus set aside 12 acres of their property in oak woodland and wetlands preserved for wildlife habitat. 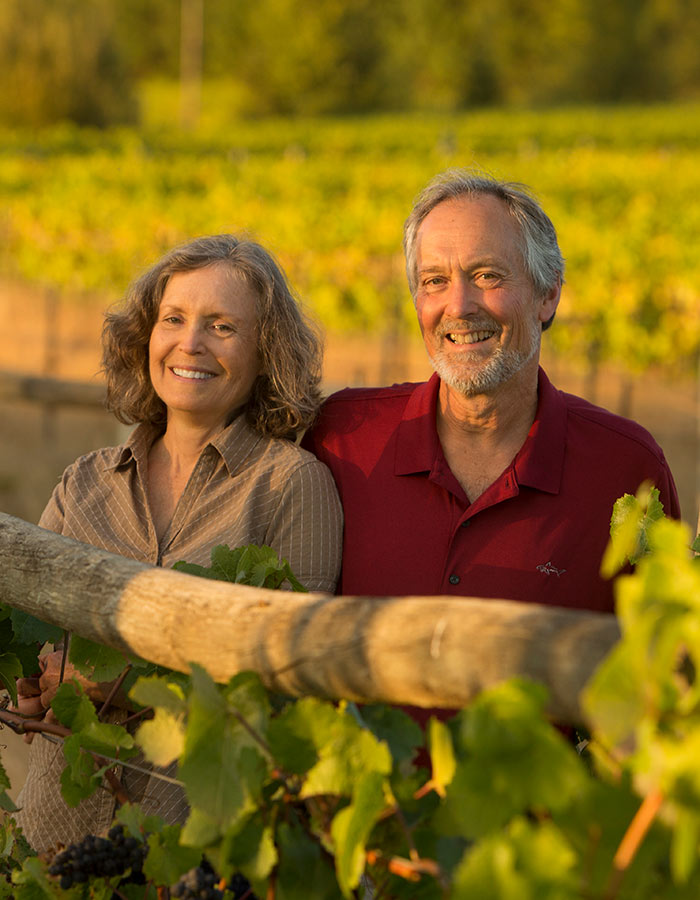